The data storage utilizes distributed and hierarchical model. Distributed model is represented by geographically split data centers located in Pilsen, Jihlava and Brno respectively. This model has an advantage of higher resistibility against data losses caused by media failures, natural disaster or by user or administrator mistake. Another advantage could be the possibility of using the closest data center, which provide faster communication. 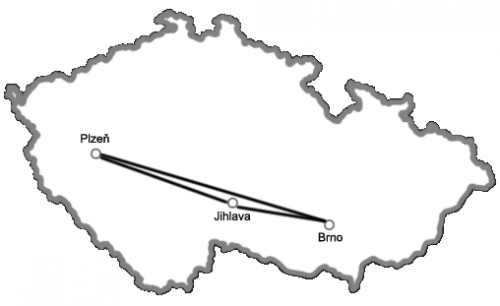 Hierarchical model (type HSM - Hierarchical Storage Management) lies in, that rarely used data are migrated to the cheaper media with higher capacity, mostly tapes. By this way is possible to achieve, with limited budget, distinctly higher capacities compare to the disk only storage. In the other hand the data which are used often will be stored in fast media (cache, fast disks), so they will be accessible in short time.

Pilsen data center utilizes three-layer model, where the highest layer is represented by fast FC (Fiber Channel) disks, second layer consists of SATA disks and the lowest layer consists of tape library. Data center is in operation since May 2012. It has 500 TiB of disks, 3584 TiB of switchable disks and 4,8 PiB of tapes (extendable up to 5,5 PiB by providing extra tape media).